In case you’re interested, I do have some of our D whistles in Maple wood… Not something I usually make but I had received a few requests. 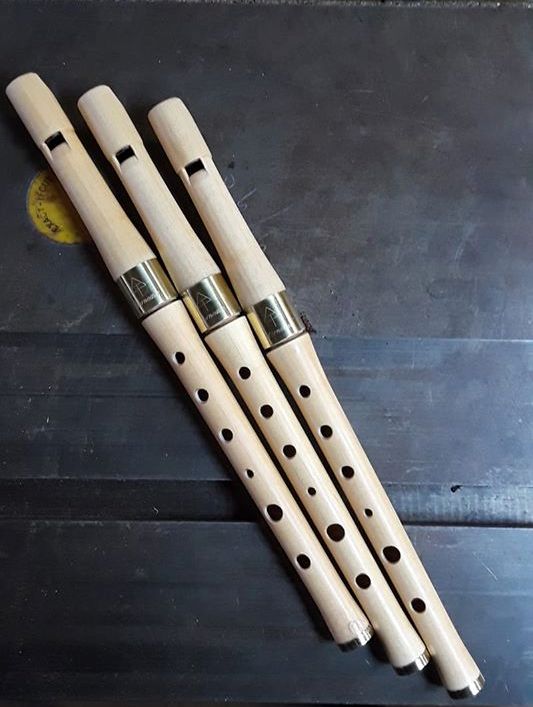 “Penny” or “Tin” whistles no more – beautifully made whistles/flageolets in various keys for the discerning performer.  These are carefully made and tested by serious whistle players before declared ready for sale.  They are voiced for a fuller yet sweeter sound than other whistles on the market with a conical bore to bring the instrument better in tune with itself (typical style whistles tend to play flat in the second and worse in the third octaves) and over the years this design has brought rave reviews.

Your options below are 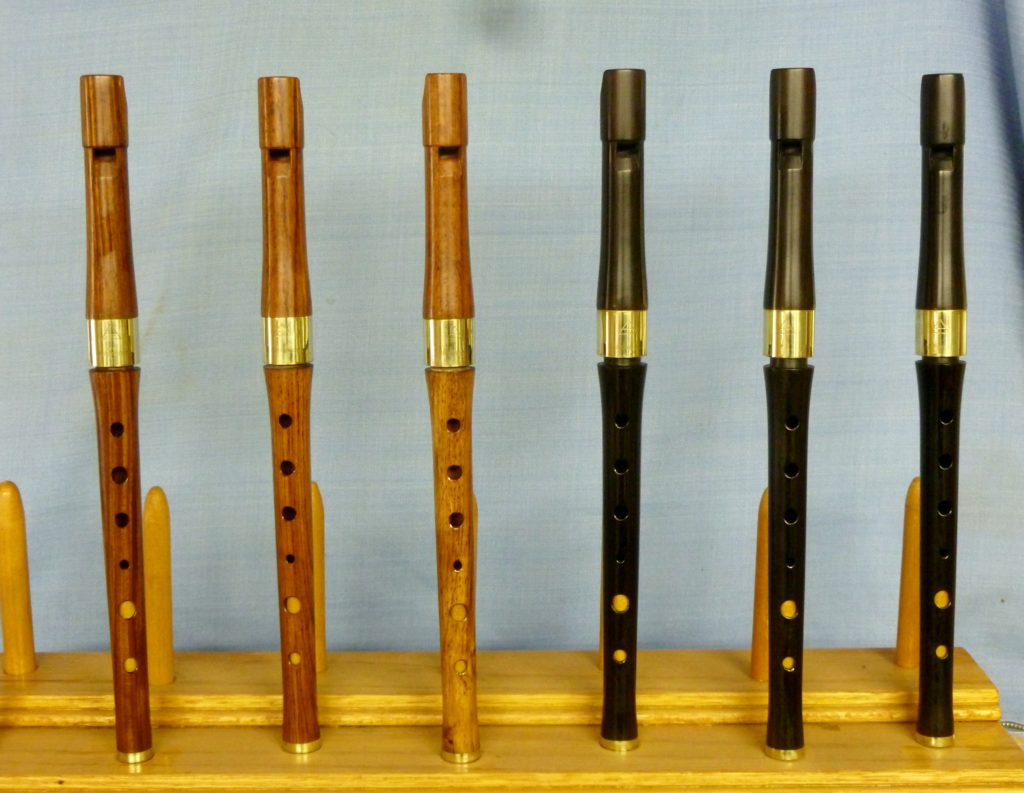 Clean sounding 2-piece whistle/flageolet which is thereby tunable and easily cleaned.  This is the design I’ve been making for Ralph Sweet these years past, replacing the failed laminated design.  Other whistles on the market cannot reasonably compare for the balance of lower tones and ease of higher end.  Each one is in two pieces, the tenon also serving as the tuning slide; while meant for A=440, it can tune sharper or flatter to suit your needs as many trad sessions tend to be a little sharp while some religious bodies with their music programs and choirs at times tune a shade flat.  This is a well-lauded instrument and once you’ve played upon one, you will wonder if you can ever go back to those plastic-headed typically encountered toys that go WAY FLAT in the second register!

Models in D and C are routinely made, and likely to be in stock; other pitches are made to order and require a bit more work.  Due to the greatly increased cost to obtain blackwood, it is only available by custom order.

For the sake of the drop-down menus, I was obligated to place them into separate groups, allowing me to offer the variations in wood and pitch. You will not be ordering a full set; select from which “set” the desired whistle is in and then click the drop-down menu to choose the specific pitch and wood.

D#/G# model (Eb/Ab) – That half step higher than the trad whistle.  I have a few of these in Granadillo; order one in rosewood and then drop me a note saying you prefer it in Granadillo.

C#/F# model – Half step between the C and D whistles.  This is the pitch you want if you wish for a Baroque-era D.

Bb/Eb model – This is at modern accepted pitch (A=440) rather than “fife&drum pitch”.  I can make it the slightly sharper pitch to match trad fifes but by specific request.

A/D model – This is a new offering.  It maintains the “whistle sound” instead of the larger-bore “recorder-sound” that many other A whistles on the market today.

Click the drop-down menu and select the wood and pitch you desire.